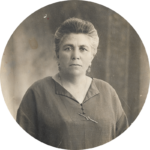 Carmine Vento’s journey began in 1975 with a small amount of money in his pocket and a big dream. Carmine and his wife, Annie, with son Frank and John in tow, moved from New York to Las Vegas after vacationing here. They loved the small town but realized it was missing one thing – a great slice of New York pizza. So on Feb. 5th 1976 Villa Pizza was created in Commercial Center and with a lot of hard work and perseverance that became one of many pizza shops. In 1978 Carmine had expanded to include a second Villa Pizza and before long opened up an additional six more locations. 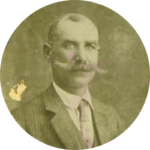 As the years went on Carmine and his family continued to work night and day to ensure that they could always stand behind what they were selling. Even with all of his successes, Carmine prides on his constant interaction and supervision with every restaurant. From his first experience Carmine has worked every aspect of the business from dishwashing to cooking to managing. With all of this hands-on experience he is able to show his staff exactly how his restaurants should be ran and in turn the outcome are satisfied clientele. He has also passed on his knowledge to his sons and daughter and has taught them how to treat and respect everyone as if they were family and friends invited to dinner. Carmine was fortunate to have Authentic Italian Recipes handed down from his great-grandparents but it is his hard work and love for the business that has made him a success. 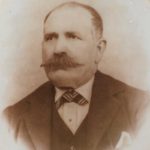 His next venture is his upscale Ventanos Italian Restaurant Seafood & Grill with breathtaking views of the Las Vegas valley, located at 191 Arroyo Grande Ave. Henderson, NV. But with all his achievements his greatest one that he holds dear is that kids that grew up with Villa Pizza in 1976 who came in with their parents are now coming in as parents themselves and introducing their children to Uncle Carmine while still to this day enjoying the personal touch from Carmine and his family. Carmine is going back to his roots with his new Carmine’s Pizza Kitchen. This is Carmine’s way of giving back the old school Pizza place personality with his flair of course.